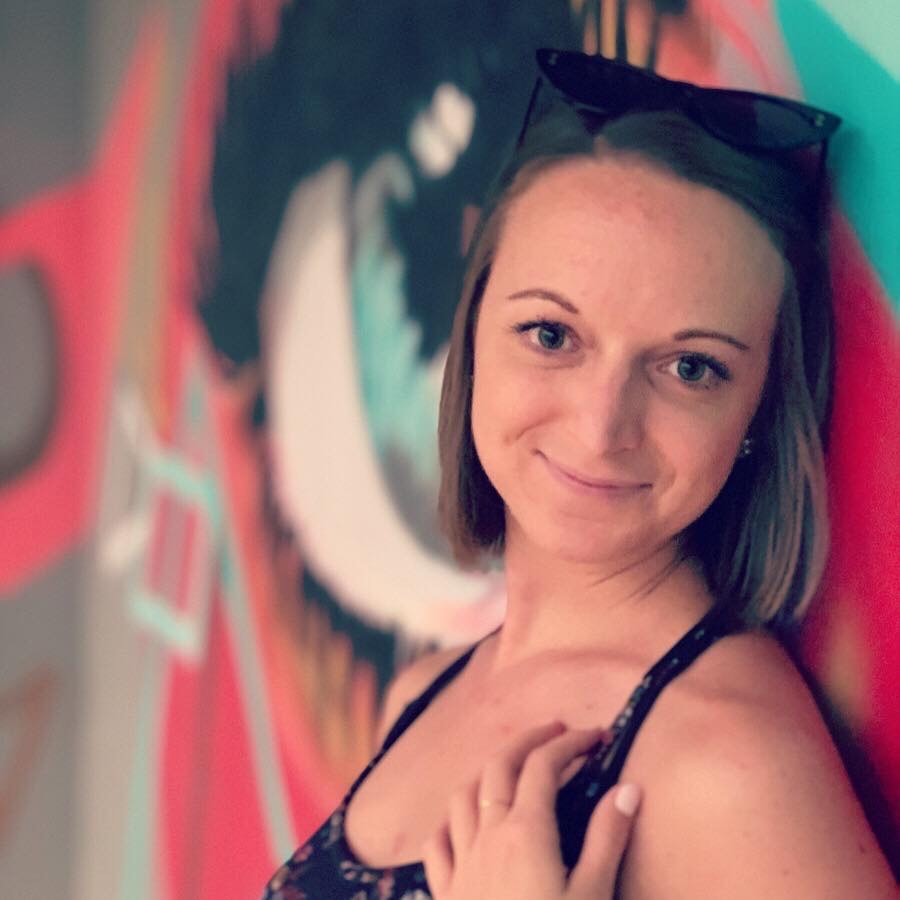 It’s hard to tell what parts of me now would have always been there, and which parts are a direct result of my experience with cancer.

I tell people all the time that I probably wouldn’t even like the person I was prior to cancer if I met her now; I’ve changed that much.

“… I will probably (always) have a chilling feeling on the back of my neck, like a creepy stalker named Relapse is picking up the pace behind me.”

And if cancer had never happened, maybe I would still be some version of that self… and would I like me? I will never know.

Sometimes I like to think that I was given a gift. That many people experience some “mid-life crisis” which always brings to mind that scene with Steve Martin in Father of the Bride 2 when he dyes his hair, buys a car, and tries to sell his house. Of course if you’ve seen the film, you know (spoiler alert) he comes around and back into his gray hair, old vehicle, and original home after realizing the importance of family and growth (or something like that, it’s been a few years). But I think the point of a mid-life crisis is that you come out the other side of it with some sort of epiphany regarding your purpose or sense of self in the world. I do think, given the aforementioned change I experienced, I must have – somewhere along the line – leaned into who I always would have turned out to be. I was just fortunate enough to undergo such change at the ripe old age of 22.

Other times I think maybe I’m just a jaded person who needs to share my bitterness with everyone around me before it poisons me completely. Now, given that I work as a mental health therapist these days, I know exactly what I would say to myself as a client. Which is that I’m not a jaded person, but I am suffering from having experienced extreme trauma. And after having re-read multiple journals of mine from when I was actively in the war-zone of chemo, it’s safe to say that the trauma played a large role in how I am shaped 4.5 years out.

My change into someone with a limited filter, assertive attitude, and ability to make important decisions quickly? That’s thanks to my lived and learned fear of how short and unpredictable life can be. I need to say what I want to say now because there might not be another chance. I could relapse tomorrow and be gone in a few weeks, and that is something that is always looming. As I put it in a journal from 2015: “… I will probably (always) have a chilling feeling on the back of my neck, like a creepy stalker named Relapse is picking up the pace behind me.”

The change of not engaging in conversations revolving around body image, weight loss or gain, irritability with anything around the topic of vanity? That’s thanks to losing all control over what my appearance was. So often I had no choice in the matter, so often I was worried that my then boyfriend would find me unattractive, so often I wore that wig that made me so hot I was nauseated. Until I didn’t anymore. Until I couldn’t anymore. Until I finally gave it up and said, “to hell with it all! We are not our flesh prisons!”

My development of dysthymia, anxiety, and hypochondria? That’s thanks to everything else. To the periods of suicidal ideation following months upon years of consistent disappointment. Thanks to unexpected everything, complete lack of control and a higher understanding that any control is always facetious. Thanks to all of the unexpected bullshit, like blood clots and avascular necrosis and blood infections.

Finally, the change of being my most authentic, whatever that means, every moment that I can? Also thanks to the cancer.

I am who I am, the good and the bad. The black and the white. It’s all shades of gray. If you knew me as a child you would know I was told a thousand times over that life isn’t fair, and that nothing is ever black and white. That I cried while being told by my parents or by teachers that the world was shades of gray that I would have to learn to accept. Yes, cancer brought me to my breaking point. It pushed me to react and grow in spite of the whole, dreadful and wonderful experience of it. I truly am an entirely different person than I once was, and that includes new parts of myself that I despise and new parts of myself that I cherish. And for good measure: parts of myself that I am still working out and don’t know how to feel about yet. How I move forward in my self-discovery, and the opinions I have of myself along the way are something I get to choose every day. Maybe it wasn’t a gift or a curse, but just something that happened.