When Colin Bradley was diagnosed with leukemia at age age 11, he and his parents were immediately thrust into an inexplicable world they never saw coming, defined by a monumental series of challenges that would take up more than three years of their lives.

The journey included Colin’s younger brothers, Aidan and Keegan, then 5 and 7 years old, who suffered in what are arguably quieter but just as profound ways.

For that, Colin’s parents are eager to lift up the Children’s Healing Center, since it honors the sometimes lonely and awkward places where Colin’s siblings have lived since the day in May 2012 when Colin’s diagnosis transformed the Bradleys one and all.

Colin suffered physically, but meanwhile, the younger boys were “blindsided by drastic change because the whole family’s schedule revolved around what happened at the hospital,” says Martie Bradley. “Their own childhood milestones, hardships, injuries and illnesses were sometimes minimized or dismissed because cancer trumps everything.”

Enter Children’s Healing Center, established as a safe place for kids to be kids – and not just the patients, but their brothers and sisters.

“For families like ours,” says Martie, “siblings are the real beneficiaries of the Children’s Healing Center. “During Colin’s three‐plus years of treatment, Aidan and Keegan had very few opportunities for socialization and play time other than at school.”

With the CHC at their avail, though, both brothers, now 9 and 11, found a place of inclusion, acceptance – and areas where they could express themselves through play.

“I think it’s important to share the story of how pediatric cancer affects siblings,” says Martie.

“Whether they’re sent to stay with friends and relatives, spend their days hanging around hospitals, or are quarantined at home, these children’s lives are upended by a cancer diagnosis. While the oncology patients are called heroic and inspiring, siblings are generally ignored and overlooked.”

The reasons are often tied to the dramatic changes that take place immediately after someone is diagnosed with leukemia. Within hours of having his blood analyzed, Colin was admitted to an area hospital, where Martie and husband Dave “sat stunned while a procession of doctors, nurses, social workers and administrators introduced themselves, handed us pamphlets and asked us to sign consent forms.”

Before they could hardly blink, Colin was fitted with a port in his chest, underwent a bone marrow biopsy and was administered five chemotherapy drugs by multiple  methods. Nine days later, “our hearty, active boy was now fragile and vulnerable.”

While Martie and Dave traded off to take Colin to countless appointments, they needed babysitters to tend his brothers. Siblings weren’t allowed in the oncology clinic, so they went to grandma’s house. When Colin was inpatient – nearly 100 days in all – his brothers spent long and boring days at the hospital, or were passed from one household to another.

“When they arrived at school in the morning,” recalls Martie, “they didn’t know who would pick them up that afternoon – mom, dad, grandma, aunt, uncle, neighbor or friend.

“Children thrive with consistency and schedules, but their lives were chaotic and erratic.”

The CHC wasn’t yet open during most of Colin’s treatment regimen, but the family made full use of it late last year, when the boys thrilled to all six days of winter break camp at CHC. If the Center sponsored a special event, they showed, making up for all the times they were uprooted, transplanted.

“CHC is a place where kids can play freely, create art, run around, laugh and get healthy attention from adults who care about them,” says Martie.

“Even though we discovered CHC near the end of our cancer journey, we are thrilled that other families will have this amazing resource.” 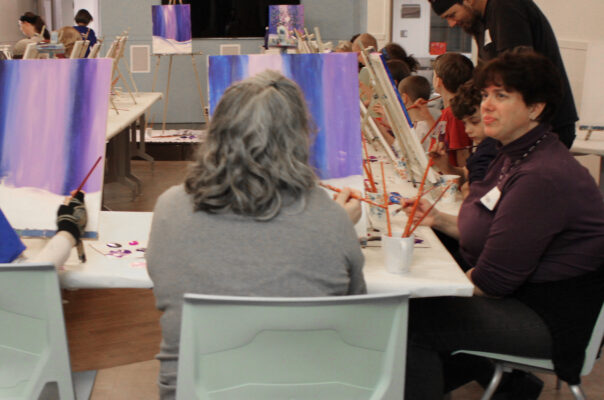 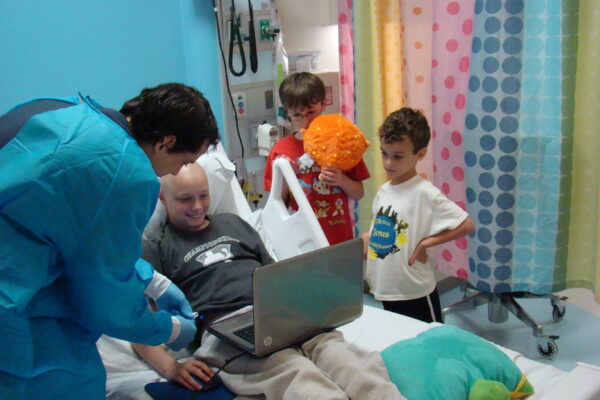 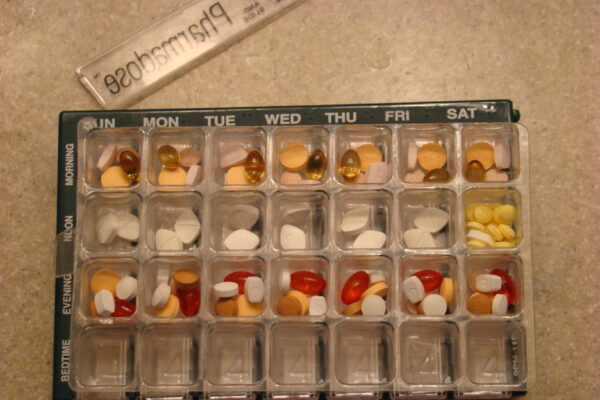 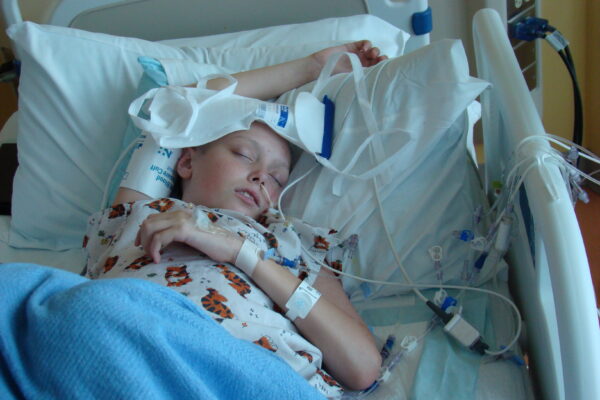 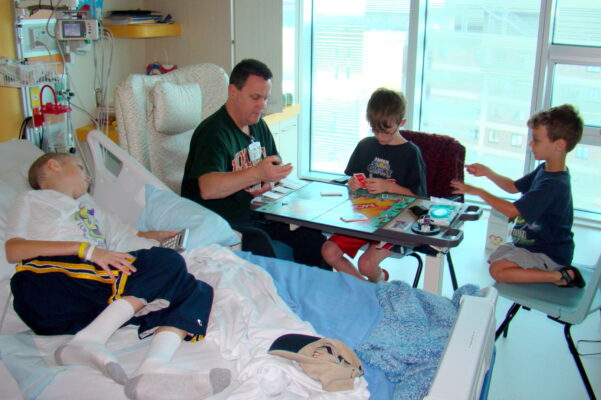 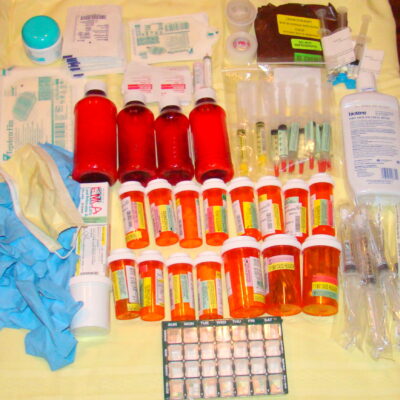 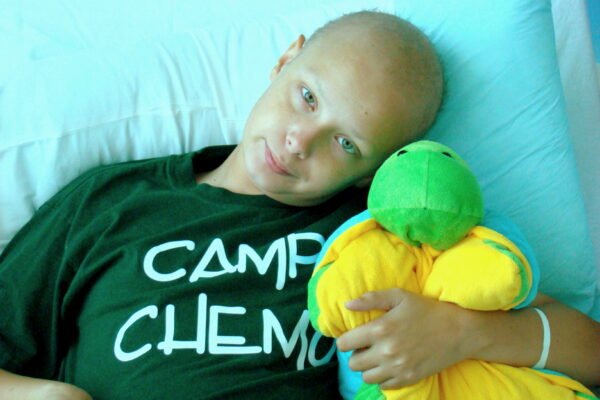 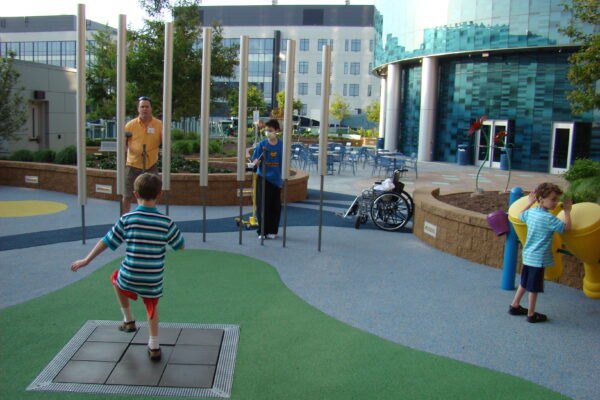 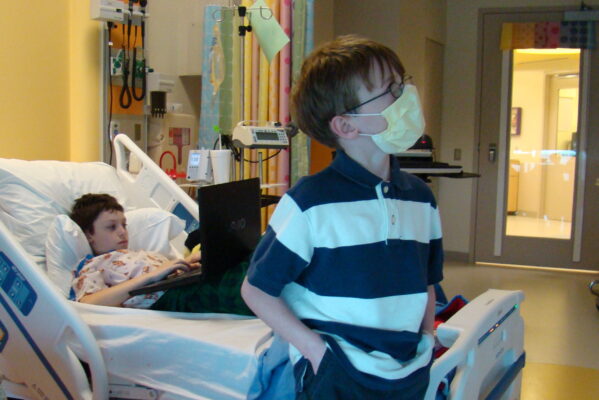 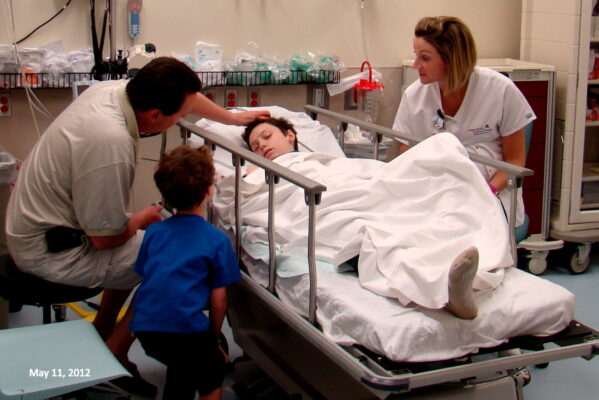 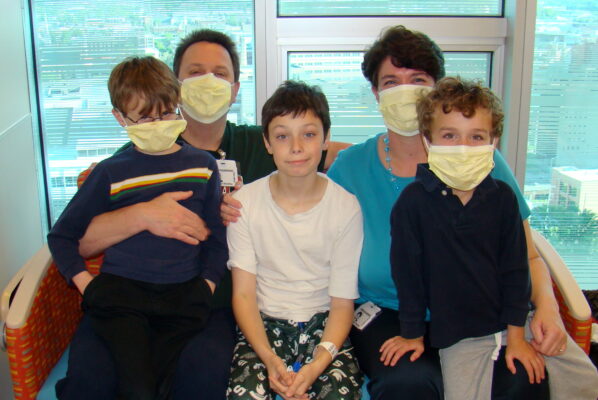 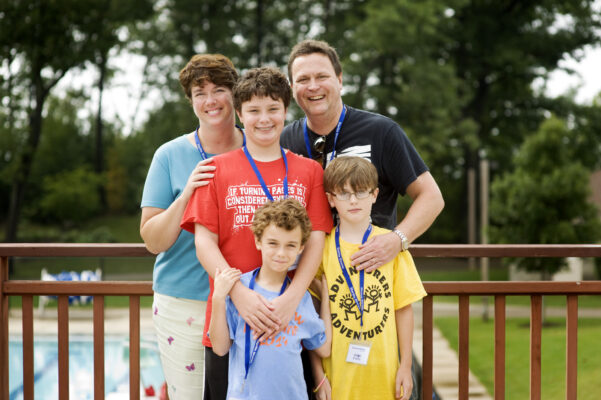 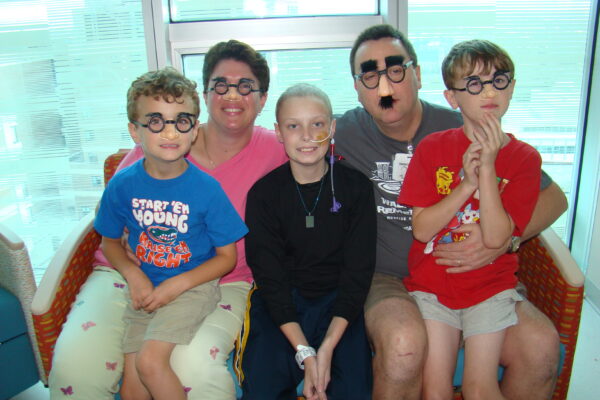 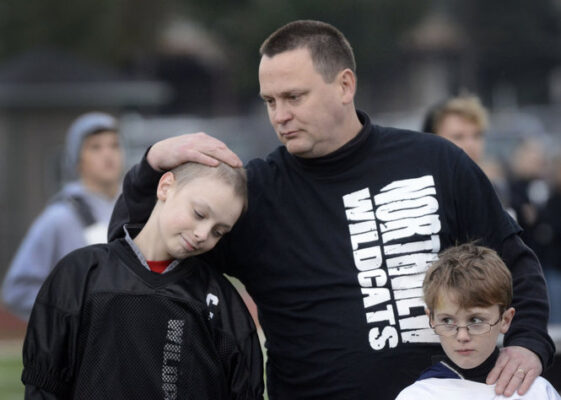 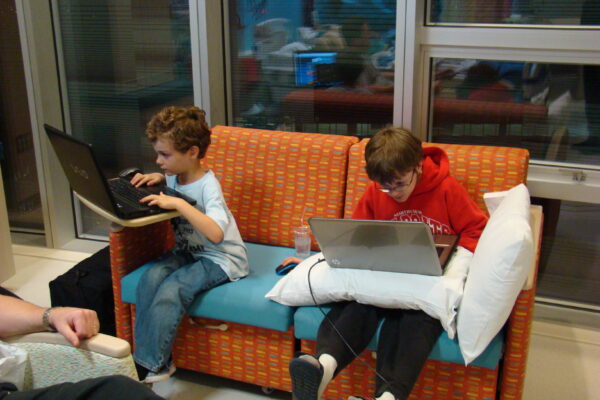