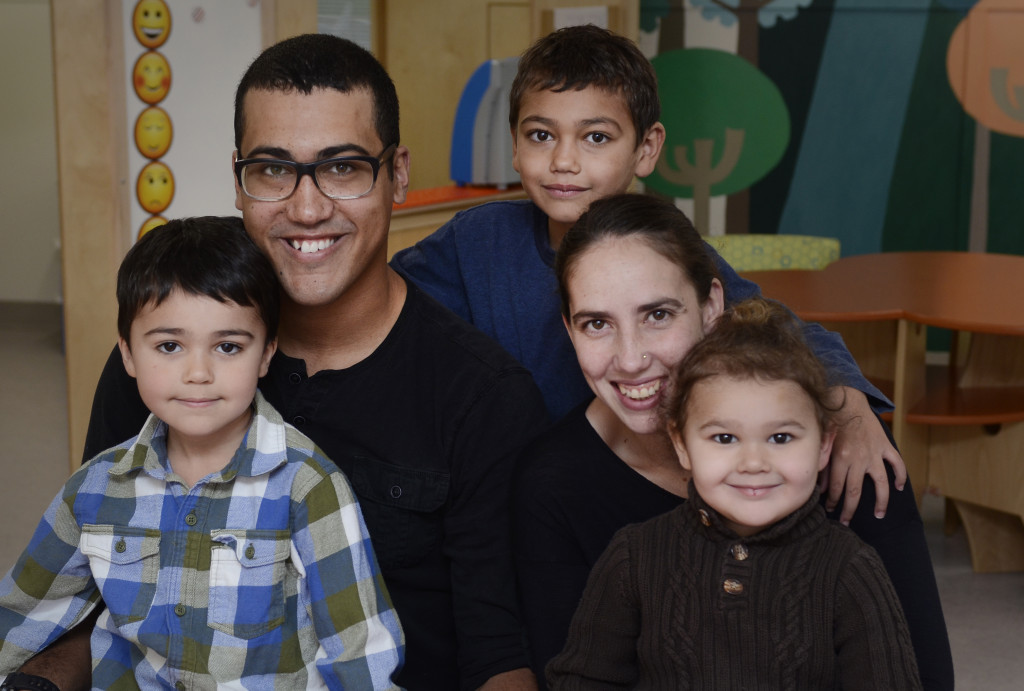 Jessica and Aaron “A.J.” Brann know what it is to suffer and grieve. But thanks in part to the Children’s Healing Center, joy and hope for the future are also a part of their ongoing lives.

Both are natives of Allegan County, and their journey together as husband and wife seemed normal enough at the outset. They were living in Holland, enjoying time as family with three young sons and one on the way.

But nearly four years ago, they buried their oldest son Taylor when he was just 5, and at the same time, trying to manage a household that then included younger brothers Sebastian, 3, Edison, 1, and the expected arrival of Baxter, with whom Jessica was 36 weeks pregnant.

“It was a lot to deal with,” says Jessica, looking back on a bittersweet odyssey that continues to offer challenges, as two of their three surviving sons have the same disease that claimed their oldest brother.

Taylor died of complications linked to FSGS, or, “Focal Segmented Glomerulosclerosis,” a rare and incurable disease that attacks the kidney’s filtering units, causing serious scarring, and in the case of all three Brann youngsters, kidney failure.

FSGS typically attacks adults 45 or older. While some cases are linked to genetics, the Branns are still searching for solid evidence as to why three of their boys have been affected.

Taylor’s symptoms were dismissed early on as an allergic reaction to dust linked to carpeting the Branns’ landlord was removing from their dwelling. But when swelling to his face and neck persisted, the family sought more tests, and he was admitted to Helen DeVos Children’s Hospital.

Taylor was 4 at the time, and looking forward to preschool. Instead, he endured a steady diet of infusions, medications, chemotherapy, dialysis, and the installation of a tube that allowed nutrients to be delivered through his belly.

As his condition worsened, he was put on the waiting list for a kidney transplant, and was pronounced a match with Jessica’s brother. But in May 2013, he stopped breathing one night and couldn’t be revived.

Since then, Sebastian, 7, and Baxter, 3, have both been diagnosed with FSGS – Sebastian at the age of 5, and Baxter at about 18 months. Some 16 months ago, both boys received kidney transplants, within 10 days of one another. Baxter received his kidney from his father, and Sebastian from a deceased donor.

Staying clear of germs that could affect their immune systems is paramount, so the family is well-versed in the ways of ultra-cleanliness. Disinfectant wipes are part and parcel of their lifestyle. Sebastian attends kindergarten, but neither he nor Baxter patronize many public places.

“Getting sick is really hard on them,” says Jessica, “and can not only affect their immune systems, but threaten rejection issues with their new kidneys.”

At school, Sebastian’s teachers go above and beyond to maintain clean spaces. If a classmate becomes ill, Jessica and A.J. are among the first to know, so they can react as Sebastian’s advocate. So far this school year, they’ve been fortunate – Sebastian has only missed two days.

Immediately after the boys’ transplants, “we kept them in a bubble,” says Jessica. And even upon learning about the Children’s Healing Center from a social worker at DeVos Children’s Hospital, they were initially reluctant to visit.

Once there, though, “We were amazed at what they do for the families,” says Jessica.

“They check for fevers, wipe down the bottoms of shoes, and it’s incredible the deep-cleaning they do every day.”

The boys took to the Center with gusto. “Sebastian really enjoys playing with all the balls in the gym area, and the last time we were there, all three boys loved playing with the big, blue blocks.”

The family first visited about a year ago, and have made the trip from their Holland home nearly a half-dozen times since, sometimes piggybacking a trip to the Center with morning lab tests the boys must submit to monthly at DeVos.

Jessica belongs to a pair of online support groups addressing kidney disease, and has shared news of the Center with their members. “There’s even interest from parents in the Detroit area,” she says, “because they believe it’s worth the drive to play in that kind of environment.”

“It’s a great place to play as a family,” says Jessica, “and also somewhere that we can drop them off and then get some shopping done or even do a date night.

“In either case, what’s really wonderful is that we’re taking them so they can just have some fun.” 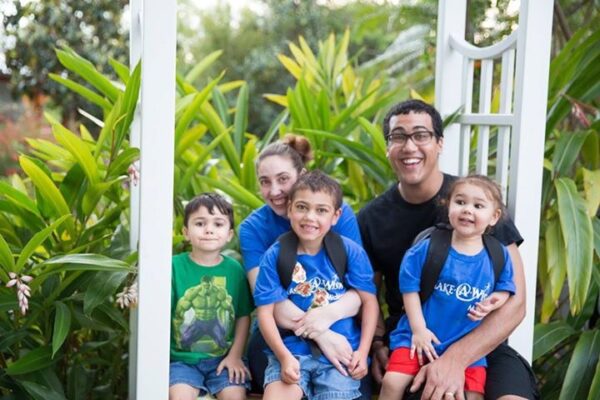 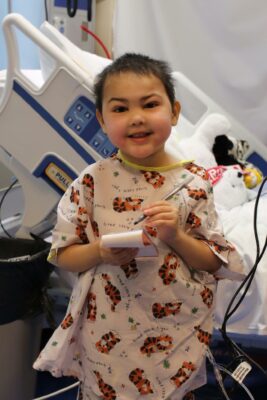 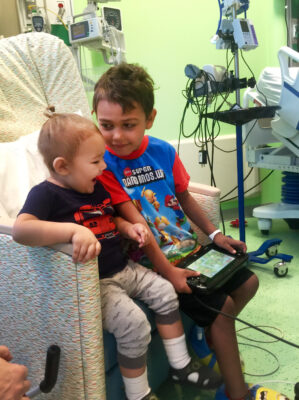 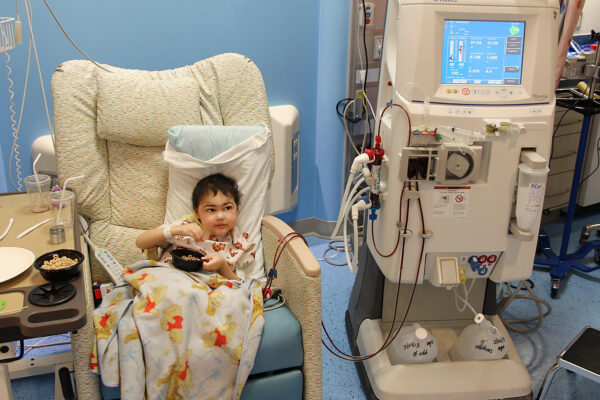 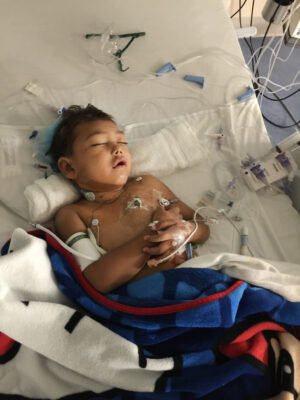 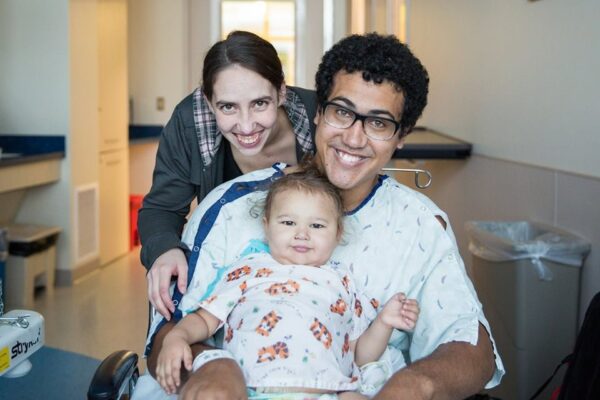 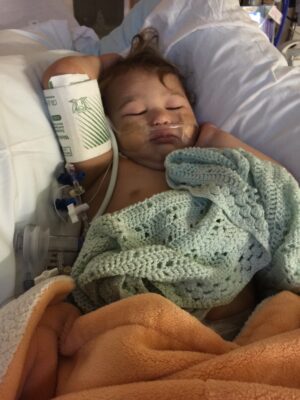 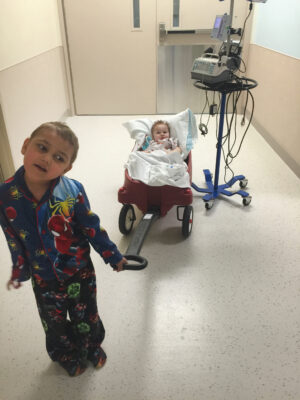 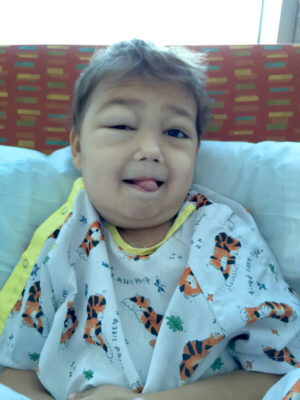 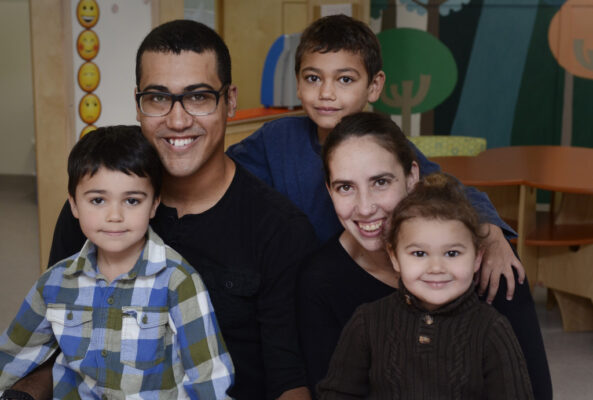 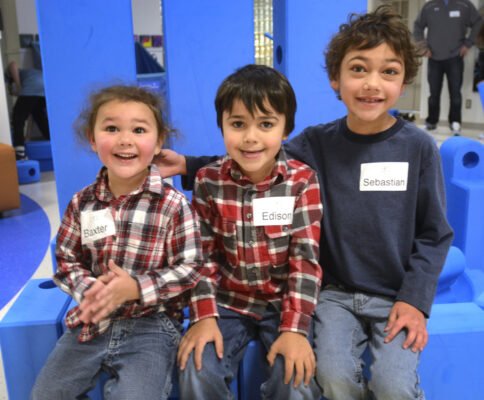 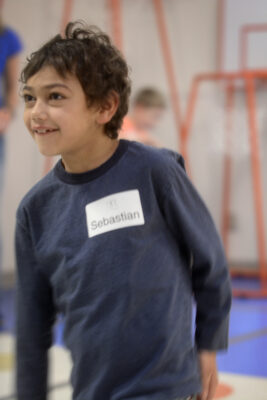 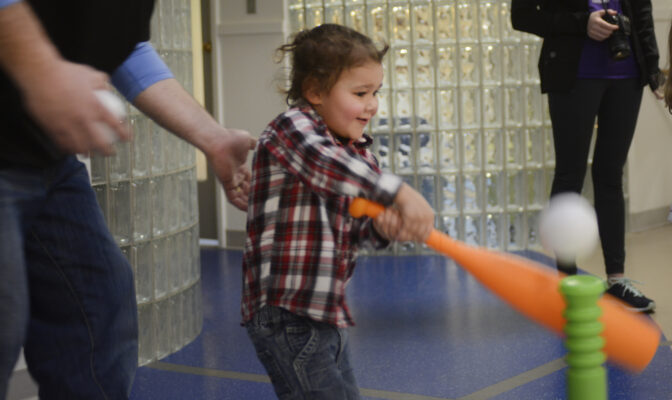 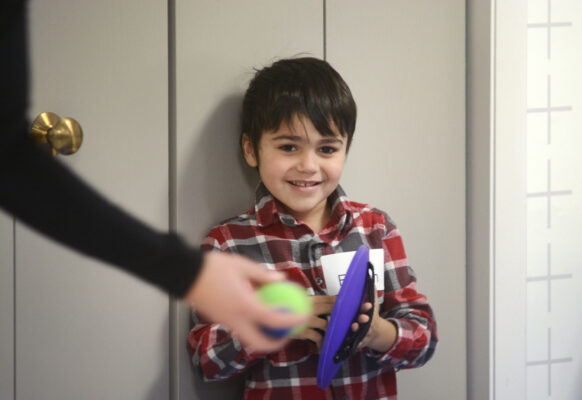 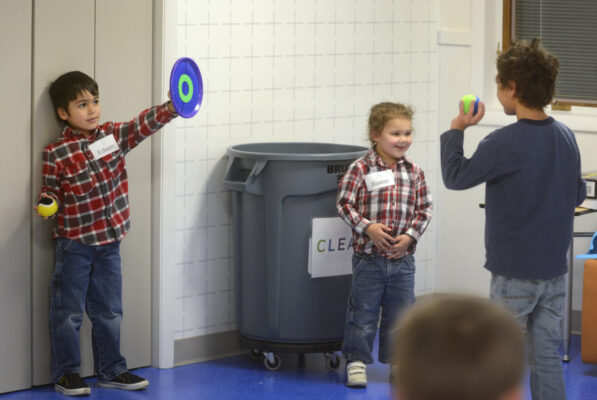 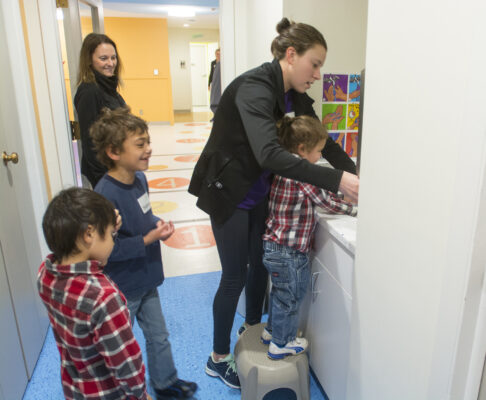