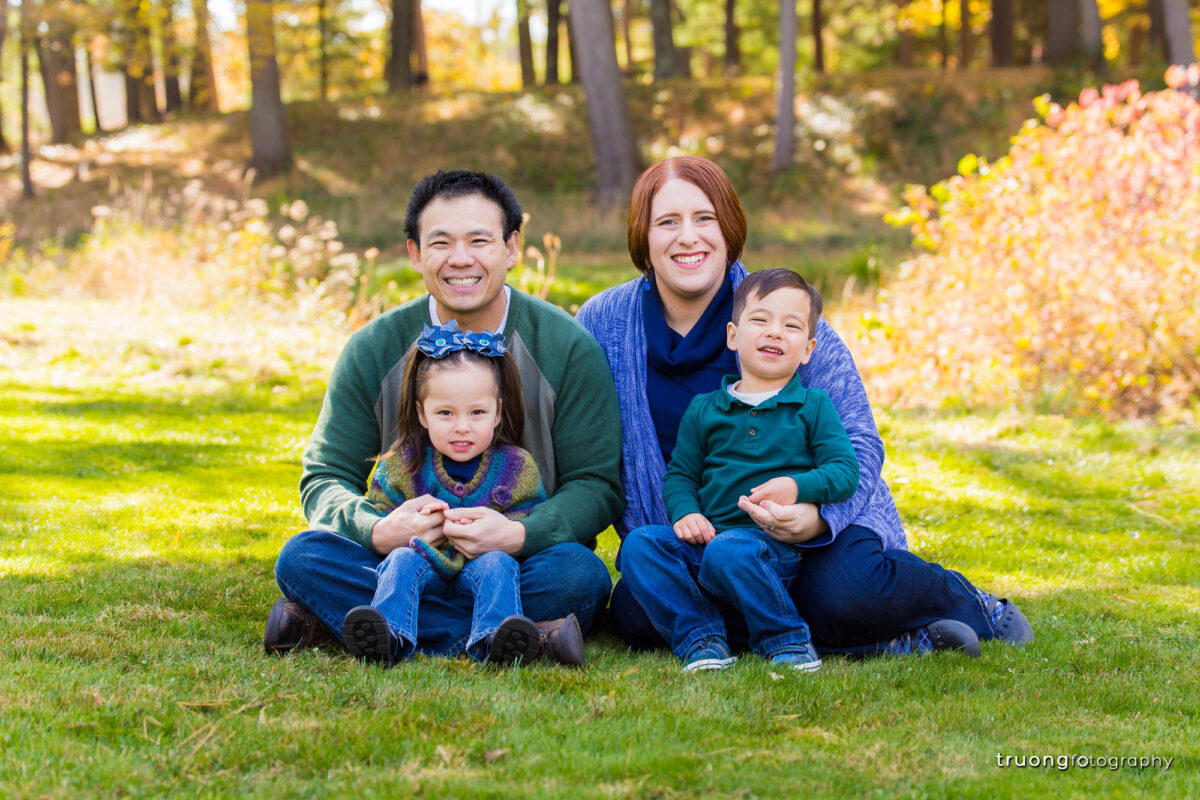 The “Children’s Healing Center” now has an unofficial alias!

That’s the word from 3-year-old twins Taylor and Jarren Choi, who because of a blood disorder that threatens Jarren’s immune system, find it difficult to enjoy public or even private places where kids can hang out and just play.

No Chuck E. Cheese. No Jester’s Court. No bounce house. No play dates.

But hey, no problem!

Because the Choi family is enjoying a home away from home at the Children’s Healing Center – um, we mean “The Clean House” – an oasis of joy where kids can gather with other kids and feel the wind in their hair.

Not that you’re going to get any official extended comment from the Choi kids.

They’re too busy ramming around the place, taking in everything from the pretend store to a gymnasium-turned-dance studio.

Sometimes, though, actions speak louder than words. And their gestures translate to two words: “We’re happy!”

Their dad and mom, Steven and Melissa, took the time recently to underscore the importance that the CHC has in their children’s lives, given the condition that Jarren suffers from – a blood disorder called neutropenia. It’s characterized by an abnormally low concentration of a type of white blood cells that serve as a primary defense against infection.

While Jarren hasn’t had to be hospitalized for his malady, he’s visited the emergency room plenty of times, and must constantly safeguard against bacteria.

“We take hand sanitizers everywhere we go,” says Melissa. “They both know that wherever we go ‘everything’s dirty.’

“But not here!” she adds, as the twins scurry about, racing from room to room in a search for everything from the makeshift kitchen to – in Jarren’s case, “anything with wheels.”

When it comes to cleanliness, it’s a family affair for the Chois, who hail from Grand Rapids’ Northeast side. That means Taylor’s visits with the outside world must be monitored as well, because “if she brings home an illness, her body might be able to fight it, but Jarren might not,” says Melissa. “So we don’t want to introduce a lot of things into the home.”

If husband Steven comes down with a bug, he refrains from getting too close to anyone else in the family, and it often means he sleeps on the couch.

“No kisses and no hugs, so he tries not to get sick,” Melissa says with a smile.

Living in what the couple calls “a bubble” gets old fast, which means any time they can make a trip to CHC, they’re there.

The Chois have an immense respect for founder Amanda Winn, noting that “She obviously cares about other people, and not just the kids, but the parents,” says Steven. “It’s a place for the kids to play, but it’s also a place that serves all of us as an outlet, because we can’t go to those other places.”

It’s hopeful that Jarren will outgrow his condition as he matures, which would allow mom to perhaps lean again on her master’s degree in education, and return to the classroom.  Steven is a production coordinator for Hope Network.

For now, though, their respite is the building at 1530 E. Fulton St, designed and maintained so that kids can be kids.

AKA “The Clean House.” 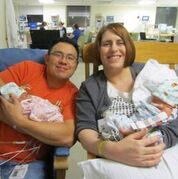 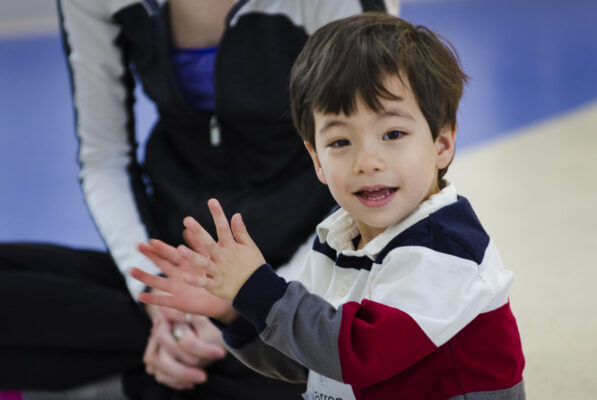 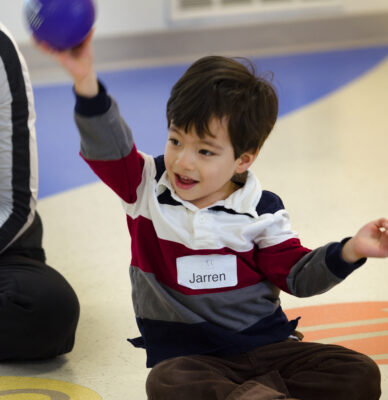 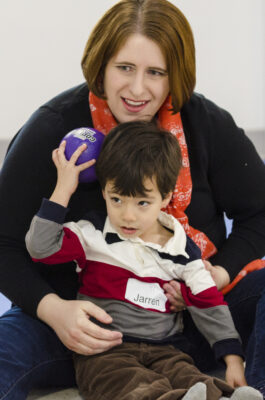 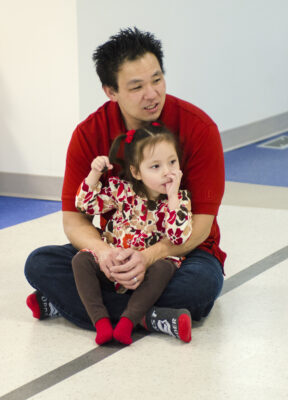 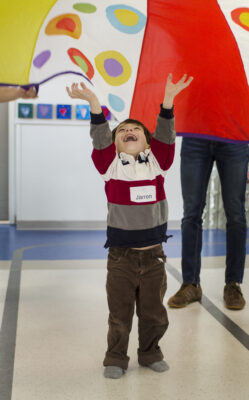 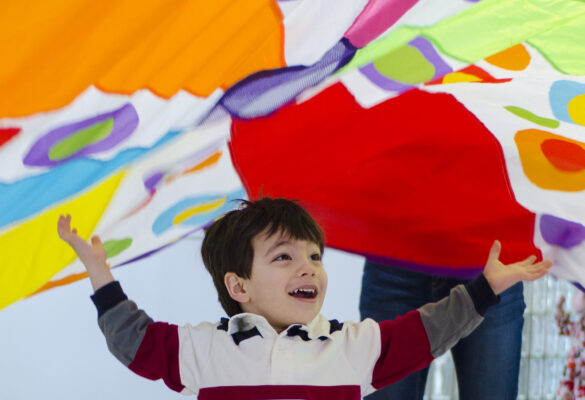 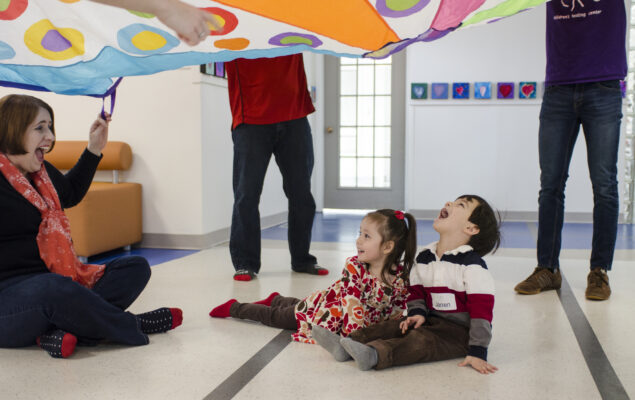 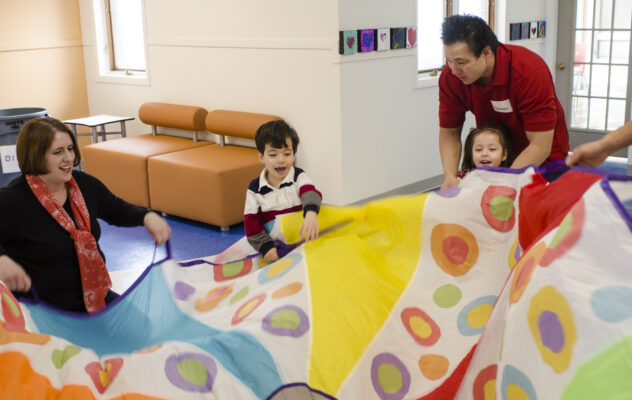 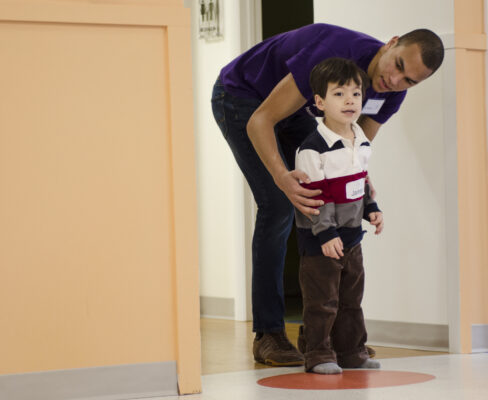 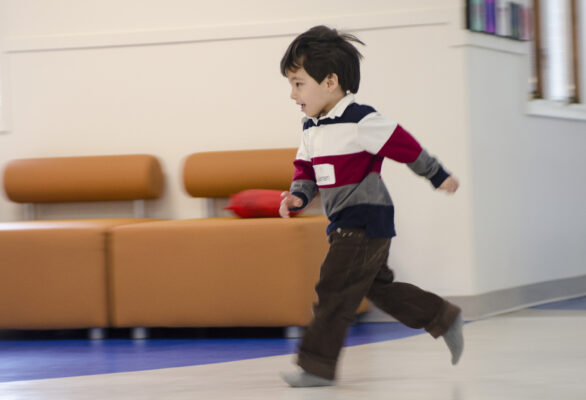 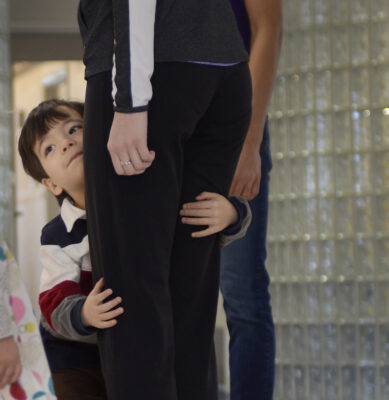 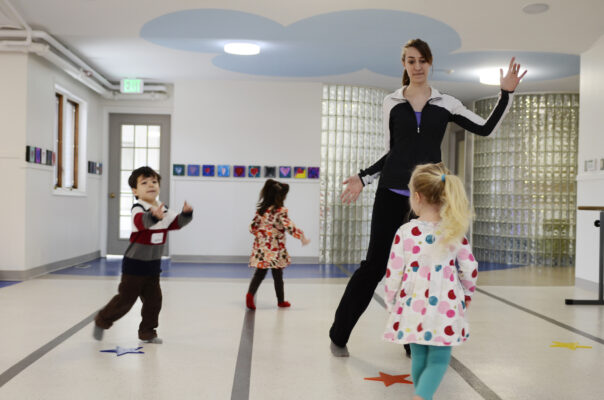 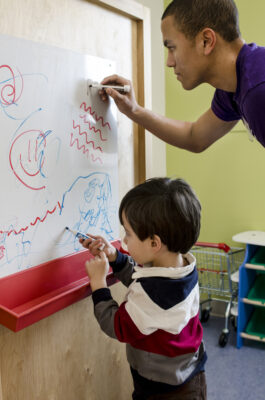 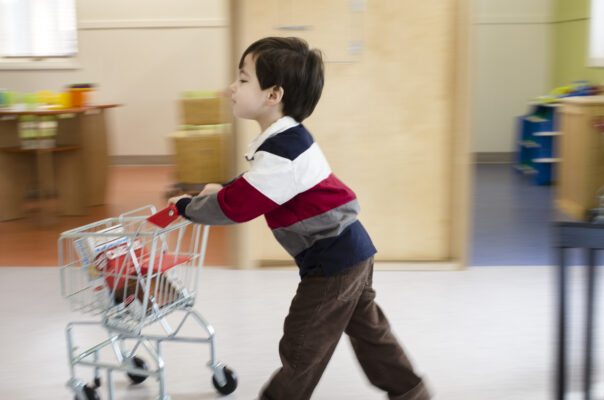 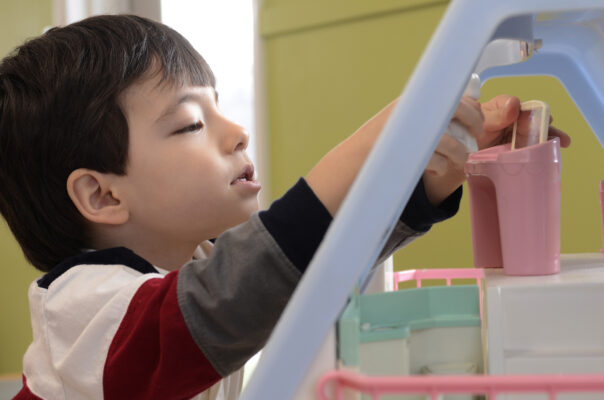 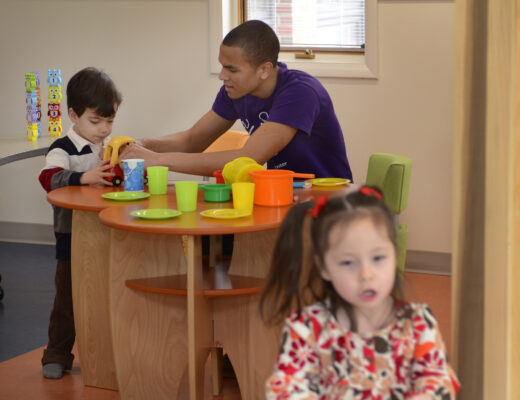 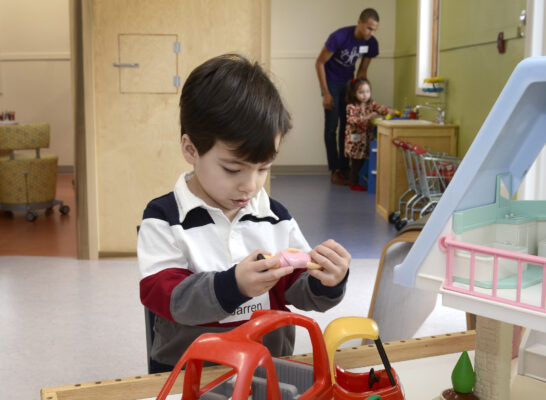 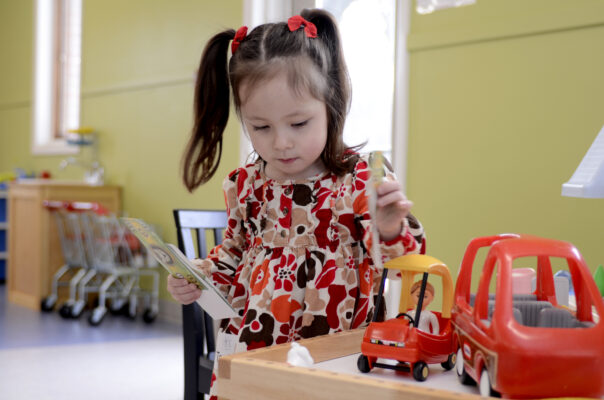 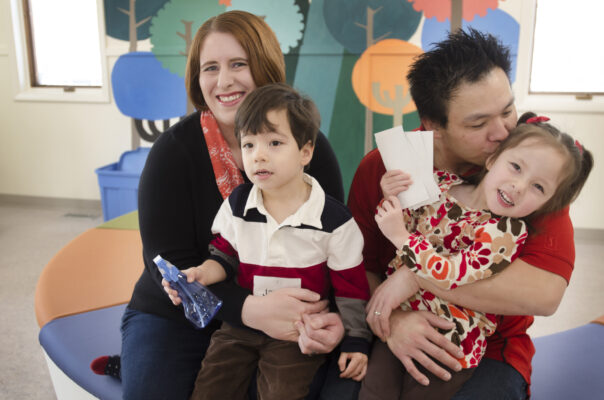 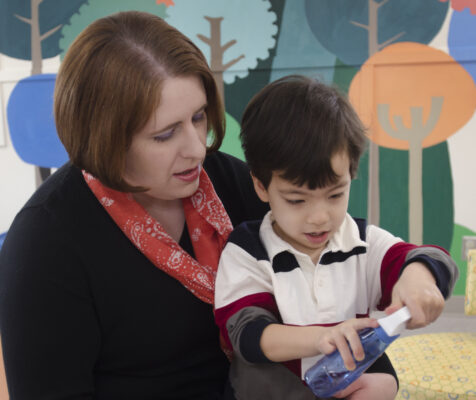 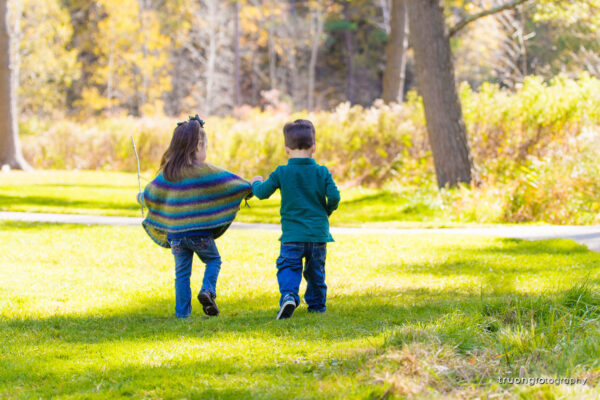 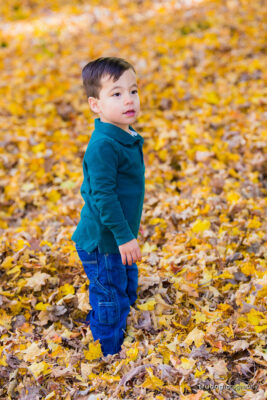 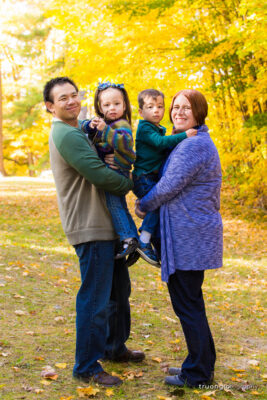 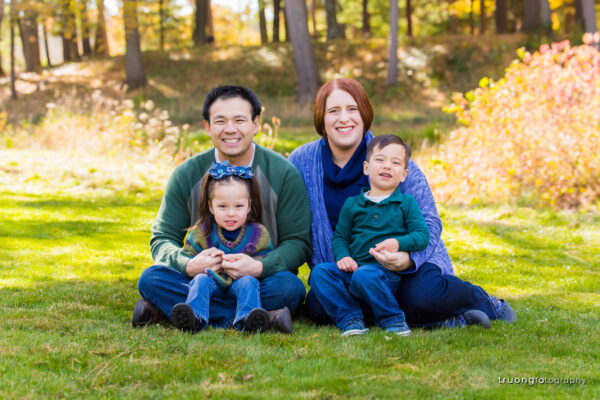 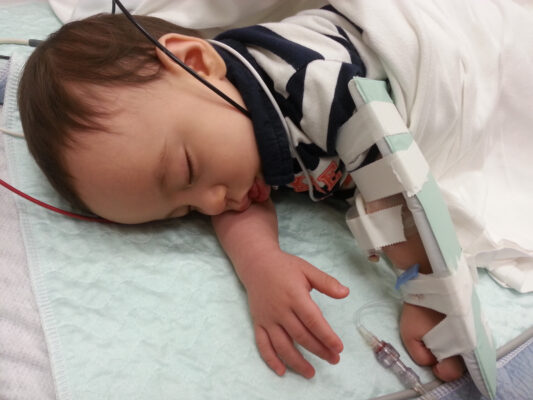 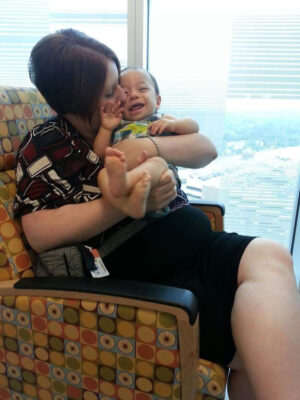 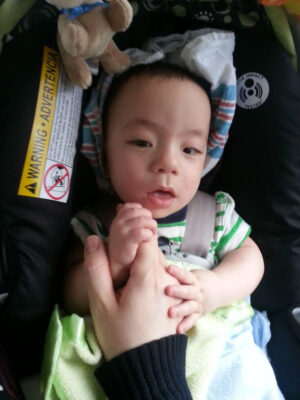 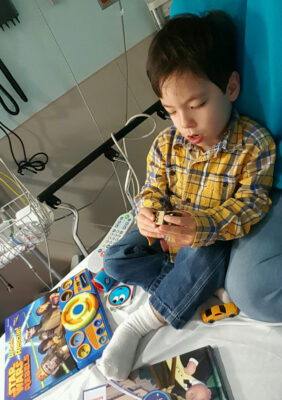