The Best Place to Have Fun

Today, my daughter’s physician asked me, “How do you envision your daughter’s death?” Let that sink in for a minute….

For most parents, that question would be shocking and unsettling. Some would even refuse to answer. Over the last 3 years I have had plenty of time to think of this very scenario. That day was the first time I said the answer out loud:

“I think Addy will become blind, lose the ability to walk, talk and eventually her lungs will fail.” 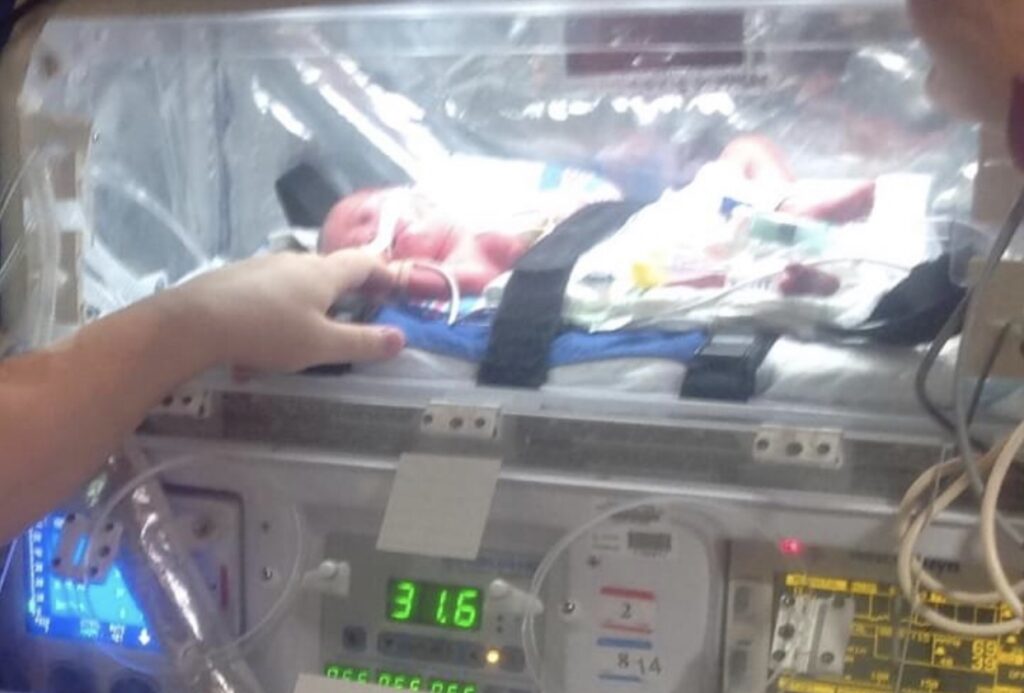 Addy as a newborn in the hospital.

My name is Lisa. My husband Eric and I have twin 5-year old girls: Addison (Addy) and Norah. Addy is our miracle girl. She is battling a rare form of mitochondrial disease, known as Leigh Syndrome, which she was diagnosed with at 2-years old. It is a severe neurological disorder characterized by progressive loss of mental and movement abilities. It typically results in death within 2-3 years, usually due to respiratory failure. She also struggles with dysphagia, gastroparesis, Sandifer Syndrome, cyclic vomiting syndrome, nystagmus, exotropia, asthma, and metabolic acidosis, among other ailments. 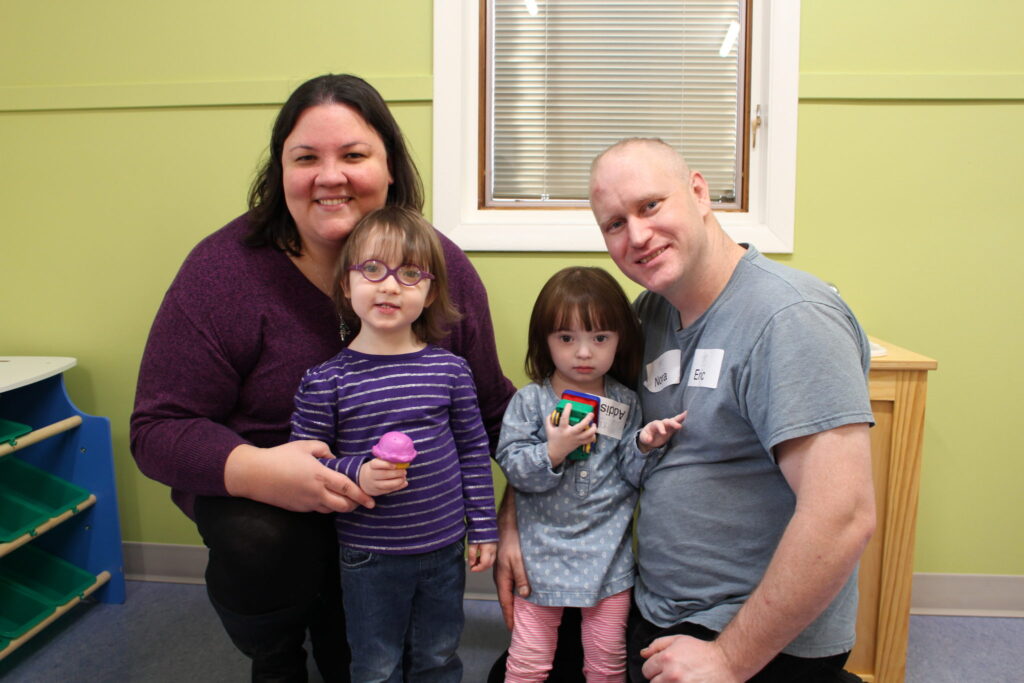 From left to right: Lisa, Norah, Addison, and Eric

As an infant, I knew something was ‘wrong’ with Addy. I felt that for the first year of her life she was either screaming or sleeping. She struggled with reflux, vomiting, abdominal pain and constipation. At 9 months old she had stopped gaining weight and she had stopped eating entirely. At that time, we thought the answer was as simple as a feeding tube. Since we had a way to feed her I felt she would eventually grow out of it. But, our story took a different turn.

We worry about what the girls are exposed to all the time. And are so grateful to have a safe, clean place for them to play. They wake up and ask what day it is to see if we are going to play at the Children’s Healing Center.

“They wake up and ask what day it is to see if we are going to play at the Children’s Healing Center.” 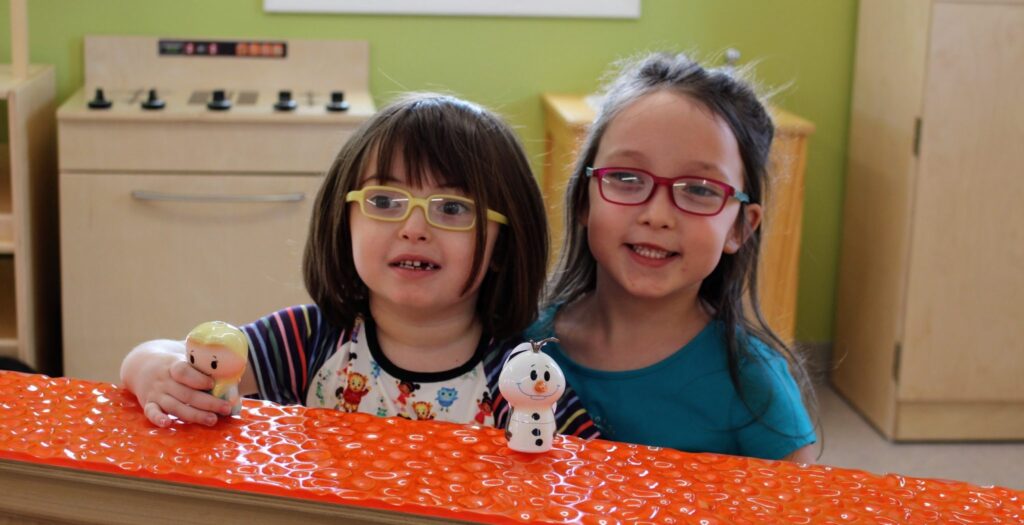 Addy and Norah playing together at the Center!

If you ask Addy what her favorite thing about the Center is, she says “I get to play with the basketballs and play outside.” She also loves it when Miss Deb sets up an obstacle course. Her favorite thing is “walking up and down the ramp.” She says the Center is ” the best place to have fun.”

Norah has a harder time picking her favorite thing to do. She says said “I have lots of favorite things!” She is also a big fan of the obstacle course. She said that “crawling through the tunnel, going up the ramp and jumping” is the best part! She also loves when the volunteers play soccer with her. 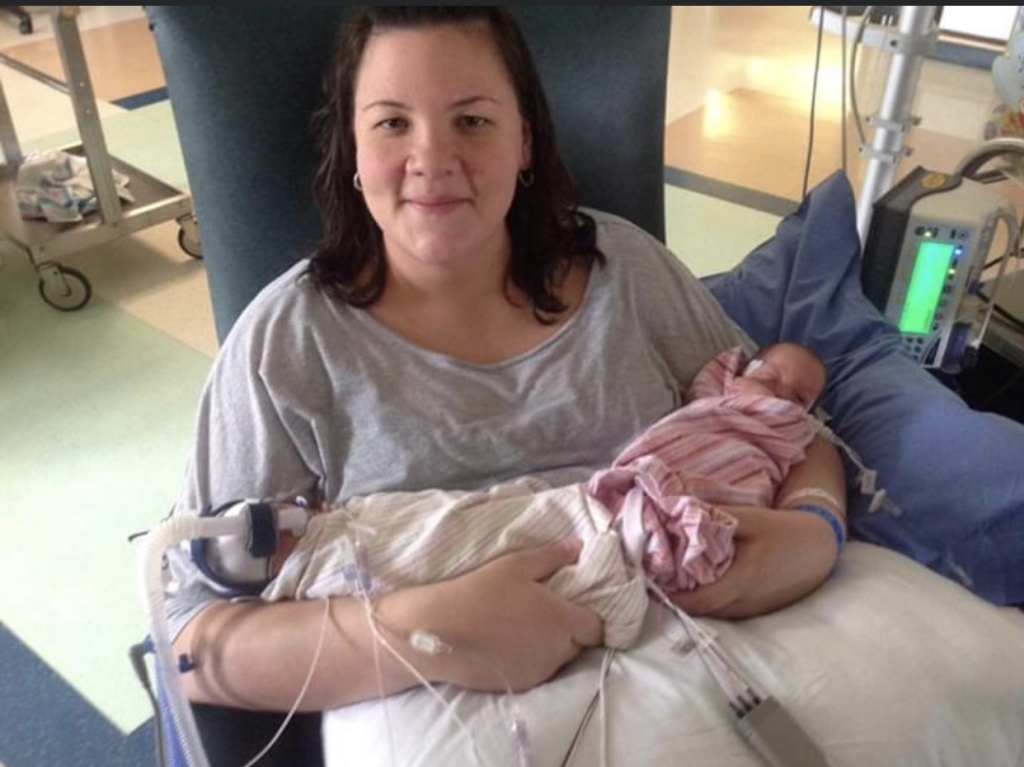 Lisa and the twins at the hospital.

For me, I take joy in watching Addy run around and play with other kids, screaming with delight. When you have a child that can’t fight off germs as well as others, you appreciate having a place like this where kids can just be kids, even if for a short time between doctor’s visits and appointments.

“When you have a child that can’t fight off germs as well as others, you appreciate having a place like this where kids can just be kids.”

I am excited for our summer knowing that they can have kid activities and still be safe. They are enrolled for their first week of summer camp next week and they cannot wait!